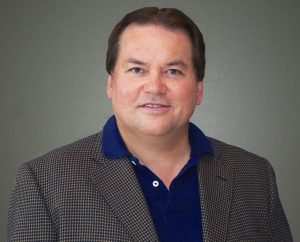 While 2019 was a very good year 2020 is going to be a trying year. The worldwide pandemic has caused considerable disruptions for us this year and while we do not know how this will all turn out, we do know that we will continue to improve our company and invest for the future.

The hotel performed great last year, add to that the new rock sales, and SNA ended 2019 very well
situated. In order to reduce pre-tax income, we were able to utilize the Shareholder Trust and expense about one third of the hotel renovation project. Both of these reduced our bottom line substantially but didn’t reduce the Board’s commitment to pay distributions on the amount we made for the shareholders in 2020.

In 2019 we started the renovation project on Dimond Center Hotel, investing $1,500,000 to improve and upgrade the rooms. Besides being lighter and brighter, guests will have new carpet, lights, comfy chairs, new wood furniture and USB pluggable amenity options. We are also equipping all showers with shower doors and all windows with blackout shades. Each floor has a different theme giving the rooms a unique color scheme and we decorated them with prints from famed Alaskan artist Ed Tussey, who resides in Homer. This renovation updates our hotel to remain competitive with existing hotels and meet the challenge of the new hotels that have been built in Anchorage. The Dimond Center Hotel continues to be one of the busiest hotels in Anchorage.

SNA is also in the process of identifying and making an inventory of carbon offset credits for future sales to responsible businesses helping out the
environment. The board has identified commercial timber around Seldovia that we designated for use to generate carbon credits. What is a carbon credit you ask? Basically, our trees store carbon, or greenhouse gas emissions from the atmosphere, the amount they can store is calculated and
verified by independent and government agencies. SNA then receives “carbon credits” for the amount that they store and we are then able to sell these credits to companies that want to offset their emissions. These credits remain active for 100 years and at the same time, we are still able to develop our lands. This is a long-term commitment by our company that will provide funds for future business opportunities and Trust distributions. SNA is
currently in the last phase of verification that should be completed in early 2021.

Your board and management continue to actively seek new investments and ways to utilize our resources to fulfill our mission of responsibly
managing our resources, for now, and for the future.

I am pleased to announce that 2018 turned out to be a decent year for SNAI. With the problems SNAI experienced in 2017, it looked like 2018 was not going to be a good year either. But, with some tough decisions by the board, we closed the year out much better than expected.

Our government contracting arm managed to keep losses low during the year by reducing staffing and expenses. Our one successful project in Tracy, CA provided needed income while the government’s SBA went through a six-month sale approval process. In December, with SBA’s blessing, we completed the sale of three of the four companies and those proceeds helped bring the entire division to nearly break even for the year.  The last company is wrapping up the Tracy, California project, however, we won’t be looking for new projects in the future.

As the contracting arm wound down, the Dimond Center Hotel saw growth. While 2017 was one of the hotel’s top years, it was less than the previous year. In 2018, we determined to improve the services and amenities. We hired a new head of housekeeping who brought better cleaning and management methods to make our rooms shine. We hired a new sales manager to oversee the bar and restaurant service. While this service was once a drag on the bottom line, it is now pulling its own weight. We also improved the products available in the rooms. All these changes increased our guest satisfaction and added $185,324 more in revenues, increasing the bottom line by $105,123. And the Dimond Center Hotel is not done improving. This fall we will undertake the first big room renovation for the hotel. New furniture, carpets, and tile will be added, as well as brightening up the rooms with a new paint color and lighting scheme. Fresh new rooms will help us to continue to compete with the newer hotels in Anchorage and add to the desirability of the Dimond Center Hotel.

On the resource front, SNAI continues to look for possible projects. A small one with potential is on the west side of Cook Inlet, where the brown bears populate our lands. We have designated specific areas for guided hunts and other areas for guided bear viewing. We are giving permits to several small companies to operate in those areas. While it may take years for this to becomes lucrative for SNAI, it can be a valuable resource that we want to responsibly manage it. Another project started at the end of 2018 when SNAI made an agreement with a rock and gravel company to open the pit at Jakalof Bay. The surface and subsurface land there belongs entirely to SNAI, since it was transferred from the state of Alaska as part of the Kachemak Bay Park Trade. Thus, SNAI will retain 100% of the proceeds.

So, as we look back at 2018, SNAI made the right changes to not repeat 2017, and actually ended up with a modest profit and an average distribution (dividend). And with those changes we have made, 2019 should be even better still.